Denys Watkins Pitchford MBE was a British naturalist, author and illustrator who wrote under the pseudonym 'BB'. Born in Lamport, Northamptonshire in 1905, Denys was home-schooled. During his childhood, he spent his time wandering through the fields, and developed a love of the outdoors.

At the age of fifteen he went to study at the Northampton School of Art.

According to the BB Society, Denys and his bride Cecily moved into Shrubland House in Welford on the weekend war was declared. They were greeted by 16 year old Vera Freeman, (later McAllister) who was their general maid for about two years. She described their early years as follows:

"For me the weekend was the beginning of my working life. Mrs Watkins-Pitchford was not a great deal older than me and we were both quite new to housekeeping and as rationing started almost at once and the black out within two days, we had to improvise very quickly. Food rationing hit everyone but we in the Watkins-Pitchford household were fortunate that BB, apart from writing and painting, was also a keen shot.
As a result the larder was never empty. He would bring home all kinds: ducks, pheasants, pigeons, rabbits, hares and once a squirrel, which I cooked for him on toast. I don't believe it tasted too exciting as he never brought another one home.

He would also bring home all kinds of freshwater fish. Here in the village they would sometimes party 2 or 3 times a week just to get everything eaten and friends were invited to help. This was before the fridge or deep freeze had arrived, so everything had to be eaten up within three weeks of shooting.

I remember I plucked and cooked 40 pigeons in one week. We had pigeon pie, pigeon pudding, pigeon casserole, roast pigeon, curried pigeon - even now after 50 years I never really crave pigeon for supper."

Eventually Vera had to leave to take up work, but she kept in touch with BB all his life. She remembers the children being born and the murals that he painted in their nurseries. Angela had nursery rhymes-Little Miss Muffet and Little Bo Peep, and Robin had a large frieze running right around his room of 'There was a Little Man Who Had a Little Gun'. What a pity they got painted over."

Further information can be found on the BB Society page.

There is also another nice site, which documents the making of a film about BB available here, which features a few photos of BB's Welford home. The photos are available here. 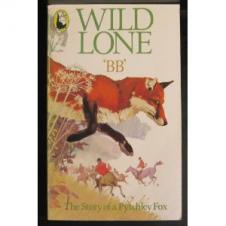